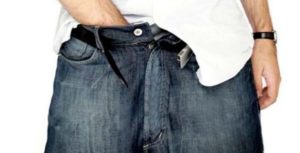 Experts warn that men who frequently stimulate themselves in ways that don’t simulate sex with a partner — for example, stroking very rapidly or with great pressure or friction — can develop retarded ejaculation. That’s a type of sexual dysfunction in which it is difficult or even impossible to climax during partnered sex. “Any man experiencing any sexual dysfunction should ask himself if he’s masturbating in ways that produce sensations that differ from those he gets from his partner’s hand, mouth, or vagina,” says Michael A. Perelman, PhD, clinical associate professor of psychiatry, reproductive medicine, and urology at Weill Cornell Medical College in New York City and the president of the Society for Sex Therapy and Research “Then he should consider what he could say to her to make the stimulation more similar — and how he could change the way he masturbates to make it feel more similar to what his partner does.”