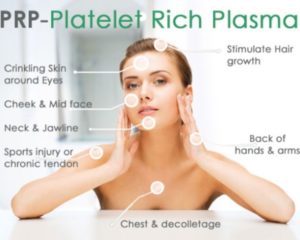 During the past several years, much has been written about a preparation called platelet-rich plasma (PRP) and its potential effectiveness in the treatment of injuries. Many famous athletes like Tiger Woods, tennis star Rafael Nadal, and several others celebrities have received PRP for various problems, such as sprained knees and chronic tendon injuries. These types of conditions have typically been treated with medications, physical therapy, or even surgery. Some athletes have credited PRP with their being able to return more quickly to competition.Even though PRP has received extensive publicity, there are still lingering questions about it, such as:

What Is Platelet-rich Plasma (PRP)?

Although blood is mainly a liquid (called plasma), it also contains small solid components (red cells, white cells, and platelets.) The platelets are best known for their importance in clotting blood. However, platelets also contain hundreds of proteins called growth factors which are very important in the healing of injuries.

To develop a PRP preparation, blood must first be drawn from a patient. The platelets are separated from other blood cells and their concentration is increased during a process called centrifugation. Then the increased concentration of platelets is combined with the remaining blood.

How Does PRP Work?

Although it is not exactly clear how PRP works, laboratory studies have shown that the increased concentration of growth factors in PRP can potentially speed up the healing process.

To speed healing, the injury site is treated with the PRP preparation. This can be done in one of two ways:

What Conditions are Treated with PRP? Is It Effective?