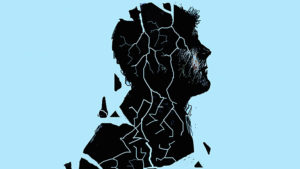 Depression (major depressive disorder or clinical depression) is a common but serious mood disorder. It causes severe symptoms that affect how you feel, think, and handle daily activities, such as sleeping, eating, or working. To be diagnosed with depression, the symptoms must be present for at least two weeks.

Some forms of depression are slightly different, or they may develop under unique circumstances, such as:

Examples of other types of depressive disorders newly added to the diagnostic classification of DSM-5 include disruptive mood dysregulation disorder (diagnosed in children and adolescents) and premenstrual dysphoric disorder (PMDD).

If you have been experiencing some of the following signs and symptoms most of the day, nearly every day, for at least two weeks, you may be suffering from depression:

Not everyone who is depressed experiences every symptom. Some people experience only a few symptoms while others may experience many. Several persistent symptoms in addition to low mood are required for a diagnosis of major depression, but people with only a few – but distressing – symptoms may benefit from treatment of their “subsyndromal” depression. The severity and frequency of symptoms and how long they last will vary depending on the individual and his or her particular illness. Symptoms may also vary depending on the stage of the illness.

Depression is one of the most common mental disorders in the U.S. Current research suggests that depression is caused by a combination of genetic, biological, environmental, and psychological factors.

Depression can happen at any age, but often begins in adulthood. Depression is now recognized as occurring in children and adolescents, although it sometimes presents with more prominent irritability than low mood. Many chronic mood and anxiety disorders in adults begin as high levels of anxiety in children.

Depression, especially in midlife or older adults, can co-occur with other serious medical illnesses, such as diabetes, cancer, heart disease, and Parkinson’s disease. These conditions are often worse when depression is present. Sometimes medications taken for these physical illnesses may cause side effects that contribute to depression. A doctor experienced in treating these complicated illnesses can help work out the best treatment strategy.